A rich nineteenth-century collection of gravestones and monuments is kept in the lapidary garden and in the Captain's Garden, which represent the continuation of the Museum of History and Art.
The Romanesque testimonies from the areas of Aquileia, Trieste and Istria are very well-stocked. They differ greatly in size and function and you can admire statues, reliefs, tombstones of various types including epitaphs, burials and majestic funerary monuments.
Conserved here are the remains of the monumental entrance of the Roman city, the Propileus, visible also inside the bell tower of San Giusto. Particularly worthy of note is the little temple that holds the funeral monument dedicated to Winckelmann, one of the theoretical and exponents of early Archaeology and Art History. The monument was commissioned by Domenico Rossetti to Antonio Bosa, with the supervision of the drawings by Antonio Canova.

The area extending in front of the Museum of History and Art is the ancient Captain's Garden, enclosed on the south and east sides by the city walls with towers built at the turn of the 15th century. The Captain lived in the Castle of San Giusto and held the city in the name of the emperor of Austria. The Garden now houses the most recent part of the inscriptions, sculptures, coats of arms, architectural elements and stone wells. Here, in fact, all the important architectural elements of the medieval and modern era city and its buildings, destroyed over the centuries, have been protected and maintained. 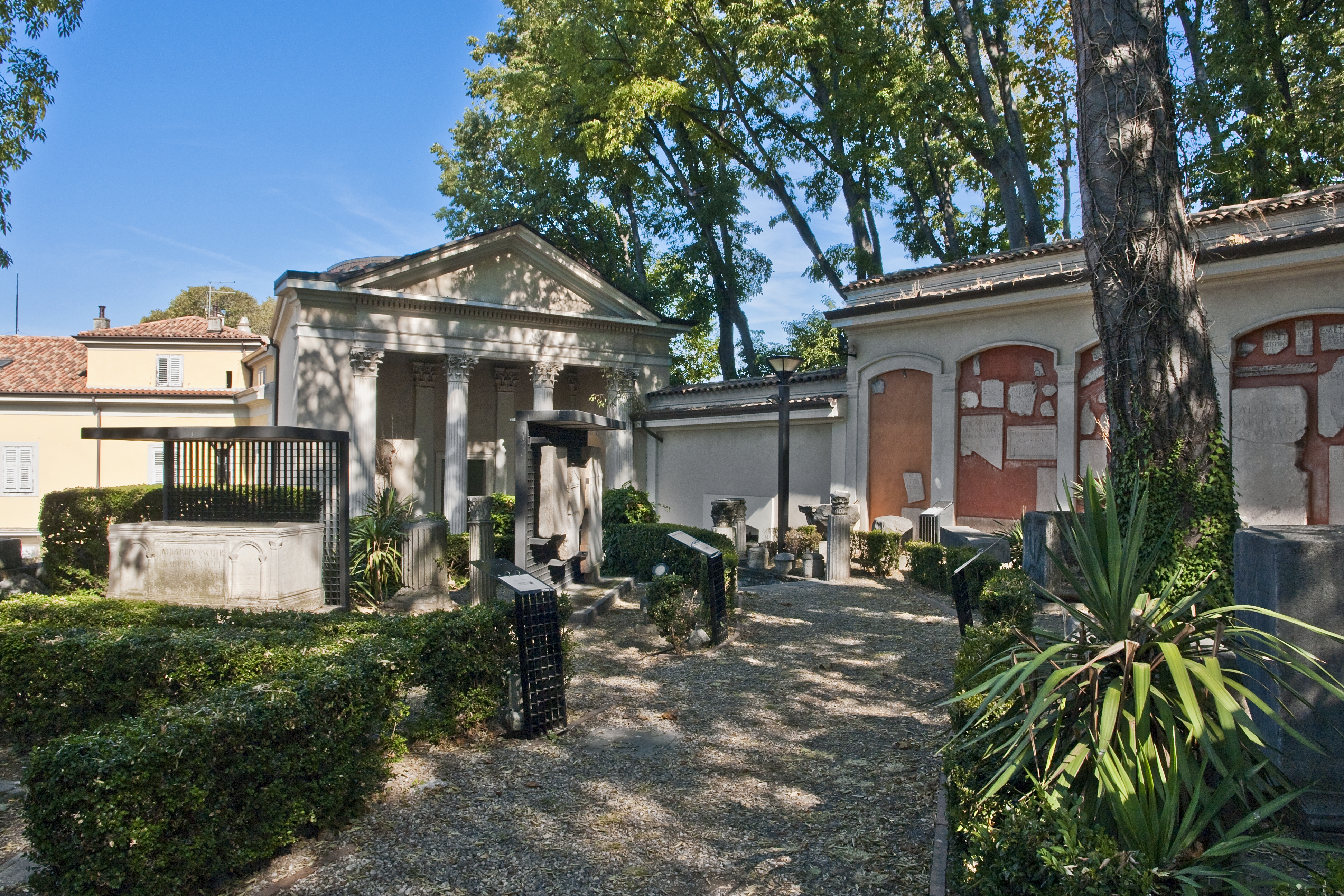 1. Remains of the Roman propile (monumental entrance) visible inside the tunnel of the Lapidary Garden;
2. Roman fragments of the relief of the so-called Ronchi Bridge dating from the 1st century. B.C. 1st century A.D.;
3. Fragments from a burial area belonged to the Acquatori Feroniensi discovered in 1863 in Aquileia and dating back to first half of the 1st century B.C.);
4. The Cenotaph (a funeral monument not containing the deceased's body) to J.J. Winckelmann, by Antonio Bosa from 1833;
5. The series of classical sculptures (Greek and Roman) belonging to the Arcadi Sonziaci, a cultural society founded at the end of the 18th century