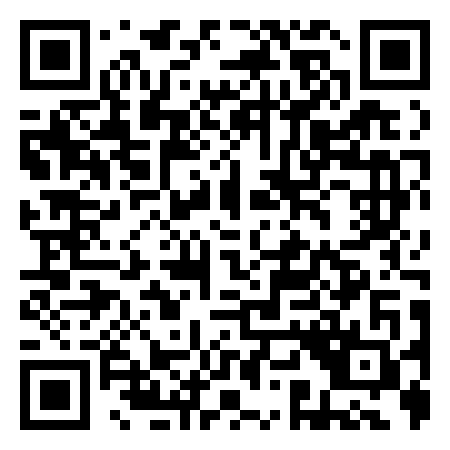 Built in 1898 as a rice processing plant, after September 8, 1943, the Risiera di San Sabba was transformed by the Nazis into a prison and detention centre for those being deported to Germany and Poland. The Risiera was also used as a store for seized property and the detention and elimination of hostages, partisans, political prisoners and Jews. In January 1944 Erwin Lamb witnessed the construction of the only (concentration camp) crematorium on Italian territory. In 1975, after being restored, it became a museum open to the public. Inside, in addition to visiting the various parts of the Risiera, you can consult an archive, a library and a photographic library. In 2016, the new museum and teaching space was created following modern media criteria (objects, photographs, documentation and filmed interviews) was inaugurated to deepen an understanding ofthe strategies implemented post-1943 in the framework of Operation Adriatisches Küstenland in the battle against the partisans and the deportation of Jews under the guidance of Odilo Globočnik.

Since 1965 the San Sabba Risiera has been declared a National Monument, as the only concentration camp in Italy with a crematorium. Thanks to recent studies by Francesco Fait and Giorgio Liuzzi, the story of the Risiera is also recounted in a printed paper guide. Twice a year, on 27th January , the Day of Memory (of the Holocaust) and 25th April, the Anniversary of Liberation of Italy, there are touching celebrations. Every year 120,000 visitors visit the Riseiera from all over the world. 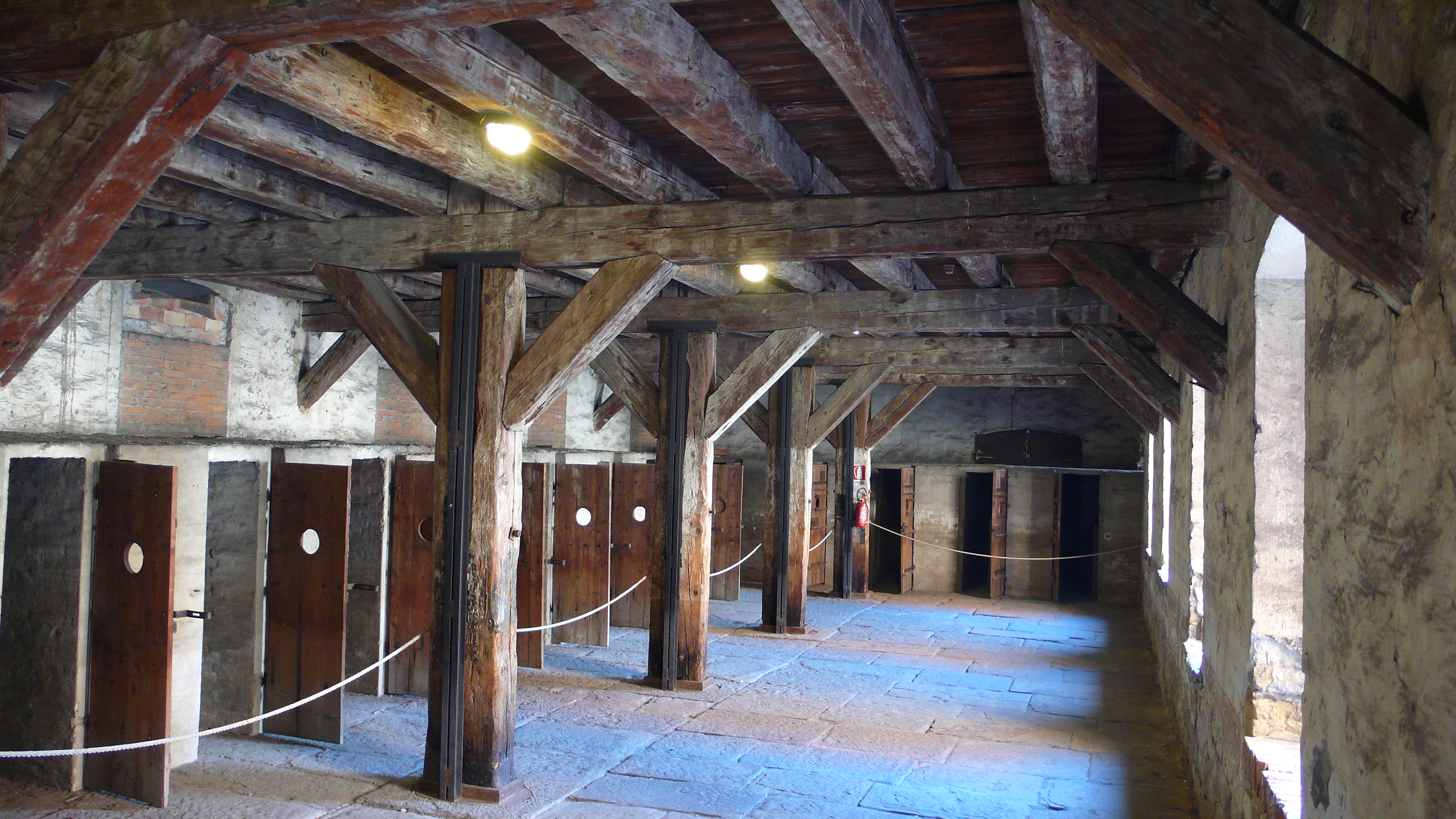 1. The cell block is the site within the National Monument that, more than any other, retains the structure of how it appeared at the time of its use as a detention camp;
2. The Sala dei Croci (Room of Crosses), thus named for the visual effect created by visible beams of the old factory and the elimination of the upper three floors following the design of the architect Romano Boico. Those locked up in its large halls included Jews and political prisoners destined for deportation;
3. The stele (or slabs) made of steel T beams, located in the courtyard, marking the site where there was the chimney under which the crematorium was constructed. 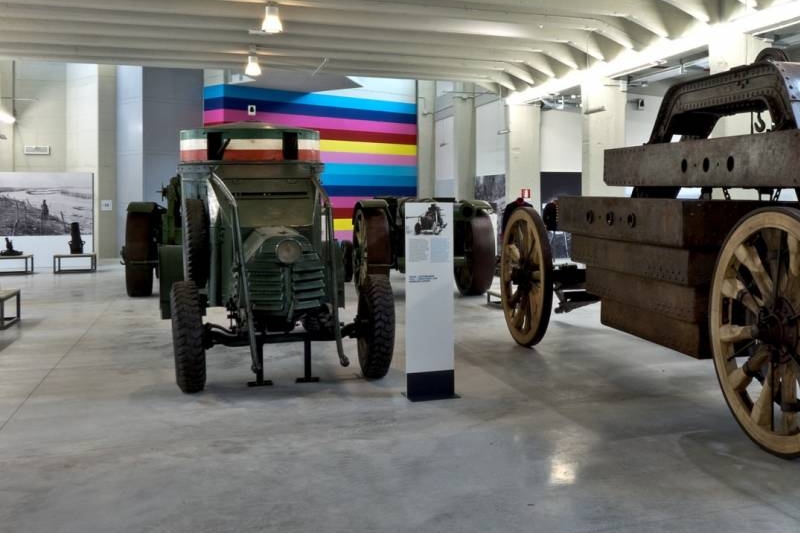 "Diego de Henriquez" Museum of the War for Peace 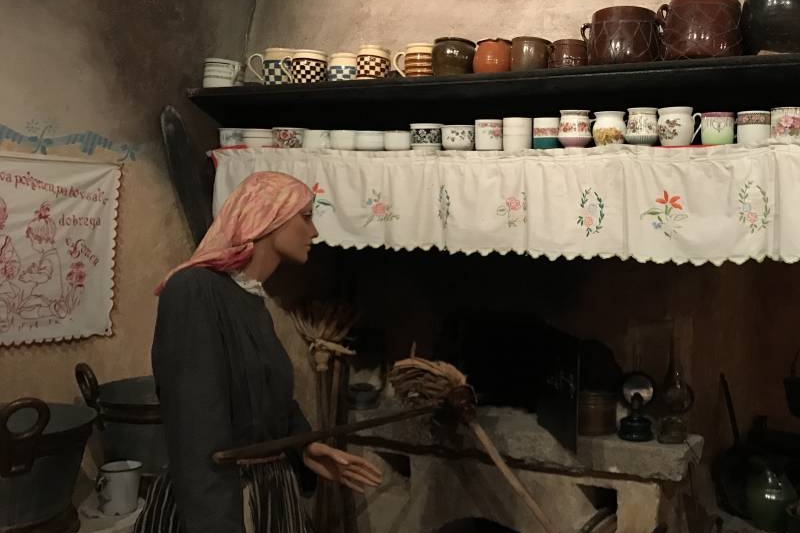 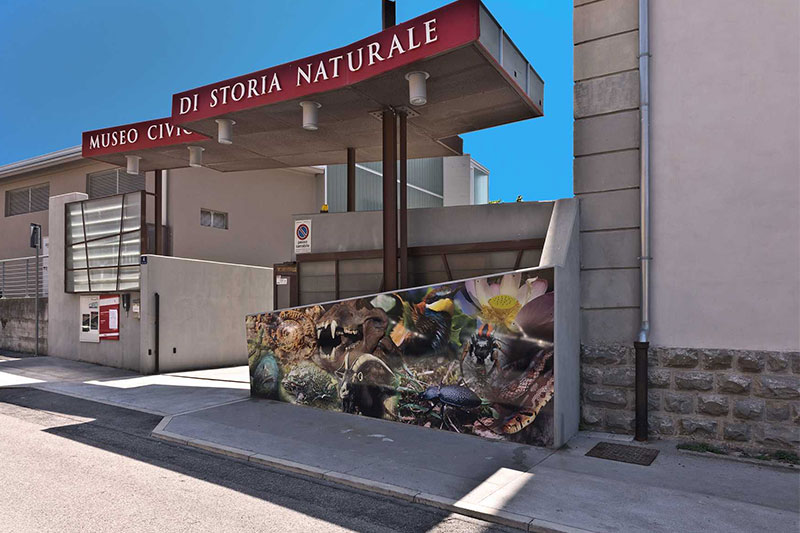 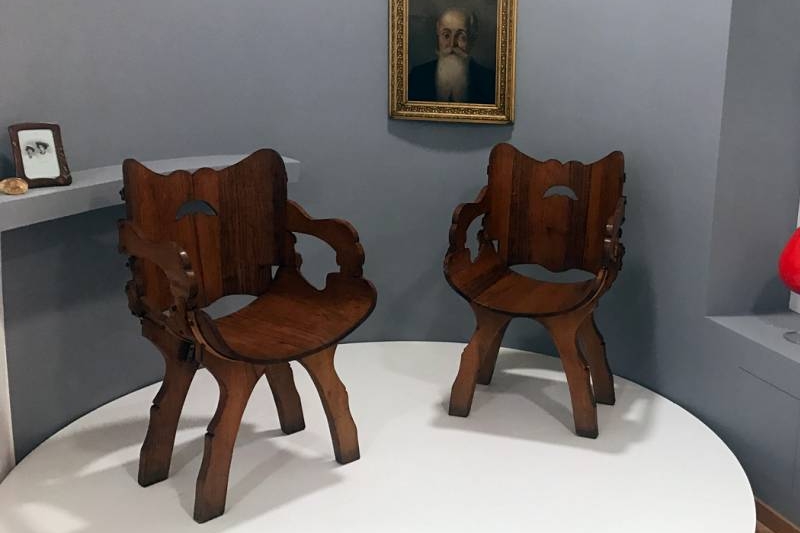