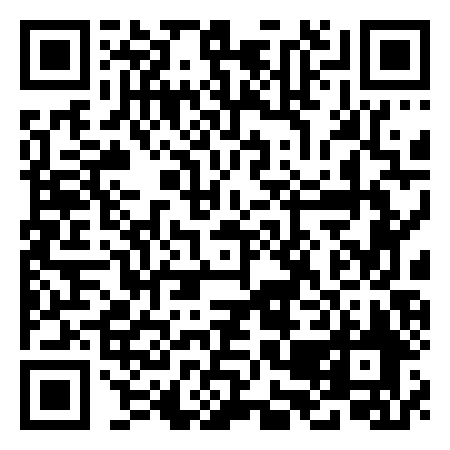 In the area of the Foiba the Documentation Centre can be seen where a series of panels and other teaching materials illustrate the drama that took place in Basovizza in the spring of 1945, setting it in the context of the troubled history of national conflicts on Italy's eastern border. From this one can understand why the Foiba became the symbol of all the violence suffered by the Italians in the period after the Second World War.

The Foiba is actually a mine pit, dug in the early 1900s, with an entrance 4 - 6 metres across and an initial depth of 256 metres.
At the end of the 1st World War it became a repository for materials left over from the war and its bottom was at an depth of less than 228 metres.
During the occupation of Trieste by Yugoslav troops (May 1st - June 12th 1945) it was most probably used by them to eliminate the bodies of enemies killed in battle and together with an imprecise number of Italian victims of summary trials together with material of various kinds.
At the end of 1945 the depth of the cavity had dropped from 228 to 198 metres, thirty metres of its depth being presumed to contain corpses. In 1957, when work finally started to cover the pit for the first time , its depth had decreased from 198 to 135 metres.
In 1992 the then President of the Italian Republic, Oscar Luigi Scalfaro, declared the Foiba of Basovizza a National Monument. 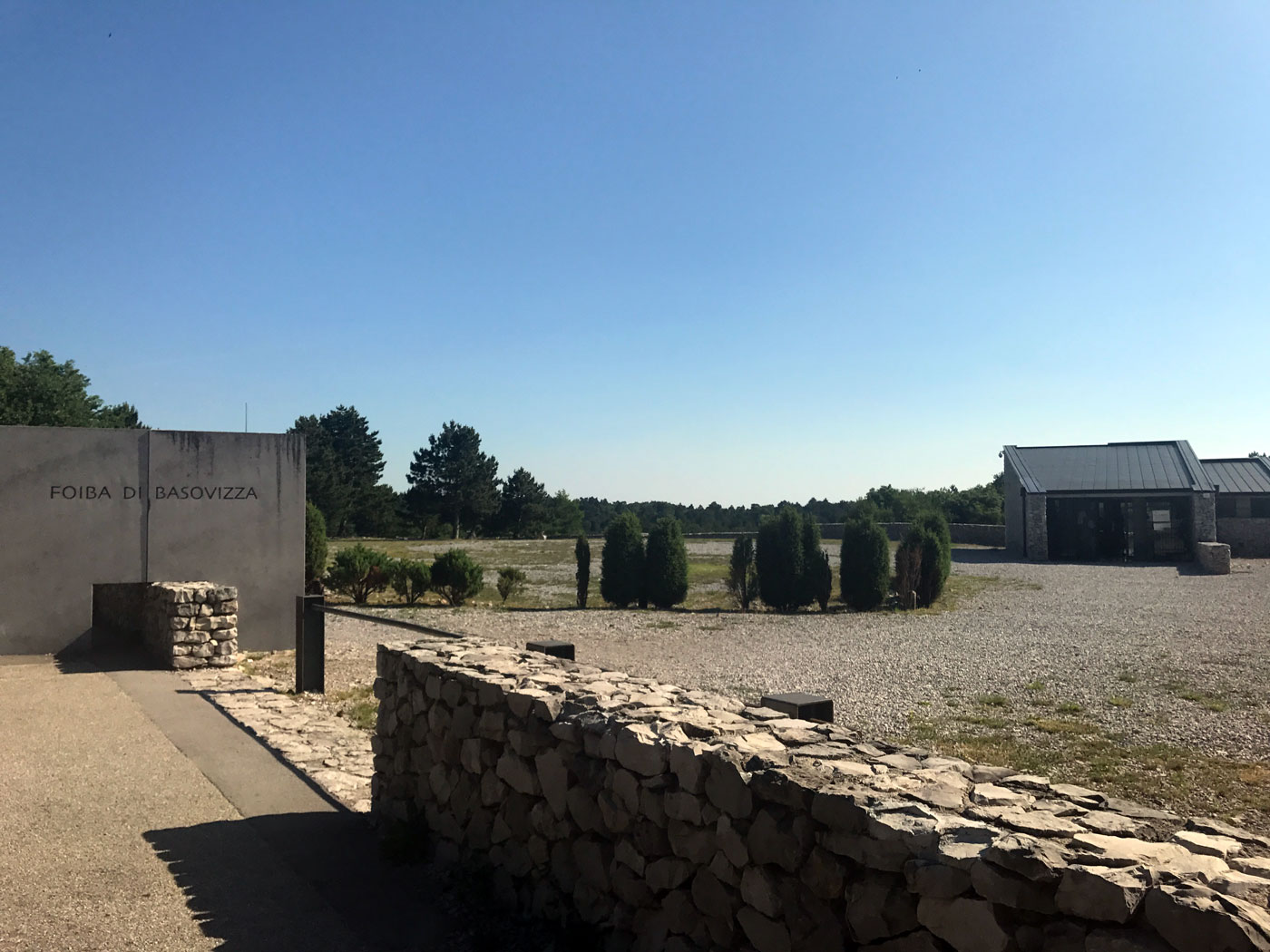 A great rust-coloured cover, in corten steel, covers the mouth of the Foiba, in turn surmounted by a cross of bronze beams symbolizing the scaffolding assembled here by the British to recover the bodies. This is the result of the monument's second phase of development and dates back to 2007.
Near the Foiba is visible a cross-section in karst stone, laid in 1961, which illustrates the vertical section of the Foiba, illustrating the filling of the cavity that took place over time. It is the work of the sculptor Tristano Alberti. 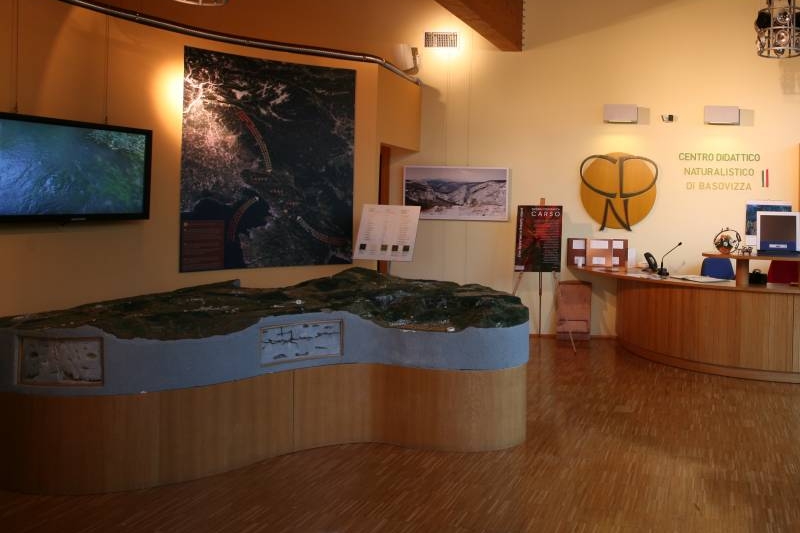